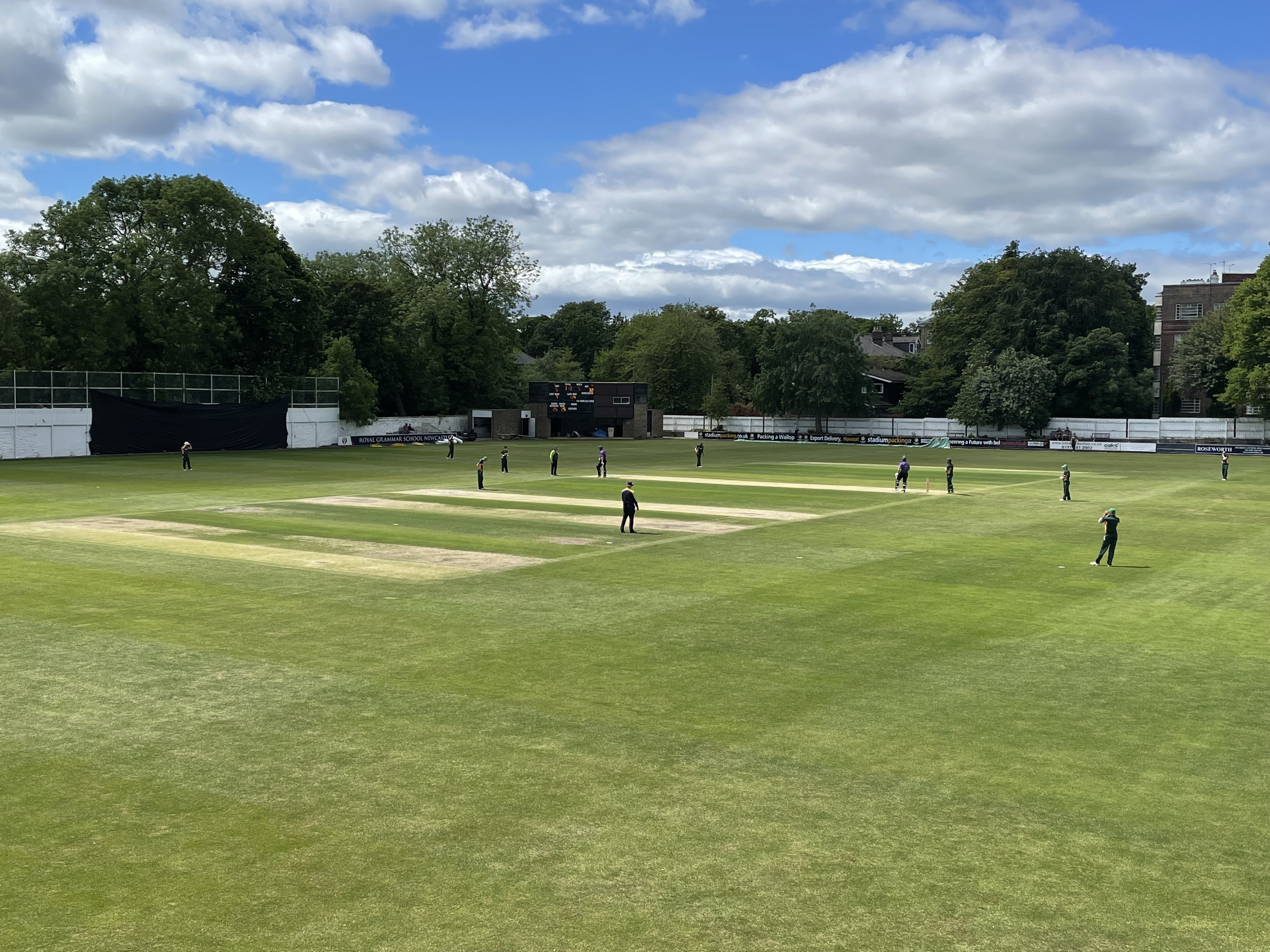 Cheshire bounced back from their opening defeat to Cumbria to secure an 80 run win over Northumberland in the Jesmond sunshine.

Fielding three debutants - Didsbury's Charles Lowen and Steve Green plus Neston's Dane Williams, Will Evans' side fought back well to defend what felt like an under par 241 from 50 overs.

Winning the toss and batting, the top order stuttered as wickets fell regularly with Cheshire looking to force things early, players getting themselvs out after looking settled.

Lowen impressed before holing out to deep midwicket for 20 and Sam Perry looked to be continuing his good form before being stumped on 26.

Rob Semhi provided the glue with a lively 62 and the Cheshire tail wagged as Andy Jackson (28), David Wainwright (26) and Simon Normanton (33) turned things round from a disappointing 165-6. Jackson and Wainwright's 55 run eighth wicket partnership changed the face of the innings and although 241 seemed 30 or so runs short, it felt competitive. There were two wickets each for Kieran Waterson, Sean Tindale, Callum Fletcher, and Oliver McGee.

It was a confident early reply, Tom Hewison (18) the first to go with the score on 43. Alasdair Appleby was looking in decent nick at the other end but the introduction of slow left armer David Wainwritght put a halt to the charge when he was snaffled for 48.

The prized wicket of Michael Richardson followed shortly after and Cheshire began to take charge with Jackson and Wainwright's tandem spell changing the game.

"It was great to get a first win under our belt," said Team Manager Peter Babbage. "With something like 11 players unavailable for various reasons, we were stretched but our strength in depth was clear to see."

Next up Cheshire host Shropshire at Toft on 20 June and Staffordshire take on Northumberland.