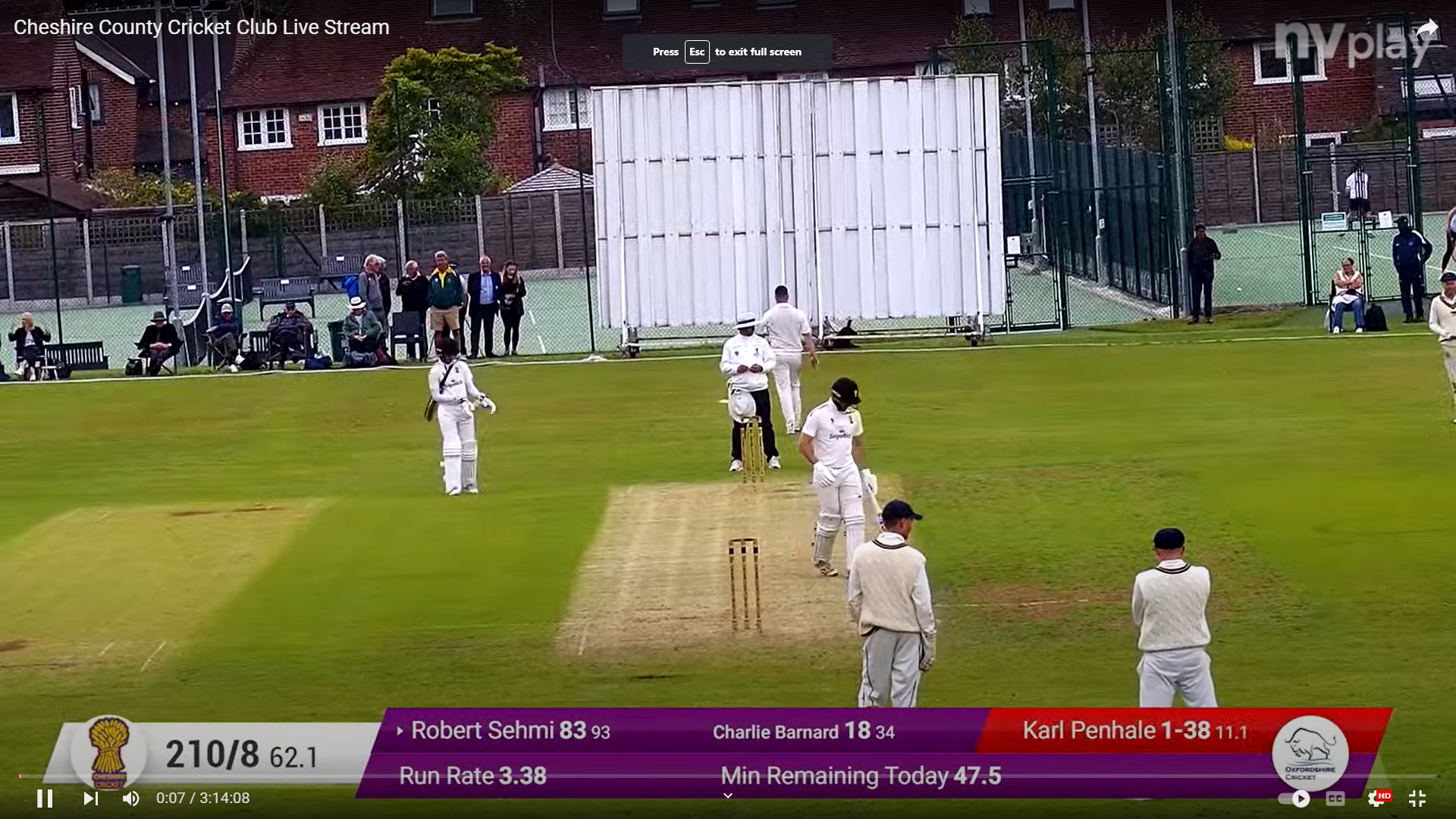 Cheshire can be pretty satisfield after an intriguing first day against NCCA champions, Oxfordshire at Alderley Edge.

In a topsy-turvey opening to the three day season, the day closed with Oxfordshire trailing Cheshire by 114 runs with five wickets in hand.

Having been put into bat and made to work hard to reach 72-1, a determined spin attack took control to reduce Cheshire  to 106-6 before RobSehmi's 91 saw them recover to 246 all out from 73 overs. It was a typical Sehmi innings - aggressive but controlled.

Maximillion Mannering stole the bowling show with a fine display of 5-67, the spinners causing all sorts of problems from midway through the first session.

Mike Finan then struck in just the second over to dismiss Oxfordshire skipper Harrison Smith but a quick-fire 51 from Jamie Harrison took the visitors to 80 before Barnard had him caught behind. And the youngster further impressed to finish the day with 2-30 from 13 overs.

There was a great shape to the Cheshire attack too with the returning Ben Gibbon also in the frontline partnering Finan along with Andy Jackson and the ever-dependable David Wainwright.

An entertaining day's cricket and the game resumes tomorrow (Monday) at 11.00am.