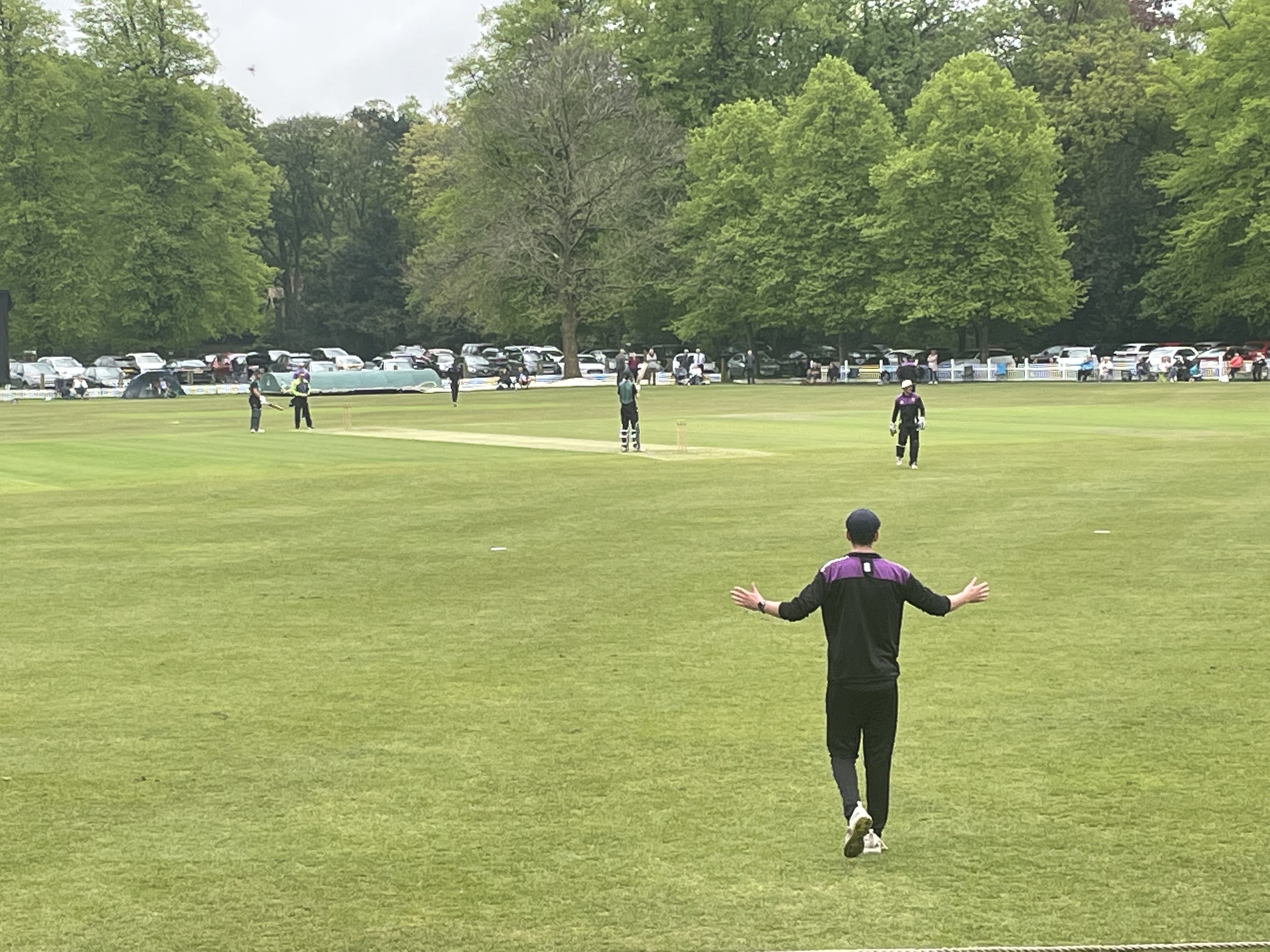 Nick Andersons Cheshire T20 side sit two points clear at the top of the T20 Group 1 table after a weekend that saw them win three of four games.

It's now down to two games at Northumberland next Sunday to secure qualification for Final's Day at Tring Park on 22 May. Staffordshire trail Cheshire by two points and travel to Cumbria.

Bank Holiday Monday at Toft saw a double win over a strong Cumbria side as Cheshire triumphed by 17 runs and 5 runs.

The first game saw the hosts put into bat and muster what felt a below par 147-6, Sam Perry anchoring with 54 and Alex Money adding an unbeaten 42. Nico Watt took 3-16 for the visitors.

Second time around Cumbria again inserted Cheshire who worked hard to eek out 135-8. Energy levels for game two were clearly higher than the day before but the going was tough. Rob Sehmi made 46, Harry Dearden 33 and Will Evans 20 as Cumbria kept it tight - Rich Gleeson taking 2-10.

The Cumbria reply ebbed and flowed, threatened, fell away and threatened before imploding at the death. Gary Pratt led with 37 but Anderson marshalled his bowlers well , a fired-up Finan taking 3-20 and Jack Williams 2-14.

The day before at Leek against Staffordshire had been all about 17 year old Hyde debutant, Charlie Barnard. In the first game his first touch came with a steepling catch at third man off the third ball followed shortly after by another well taken snaffle. Both were then eclipsed by a tumbling, stretching effort. He then cooly took 2-17 from four overs. Two wickets too for Finan.

An elegant, unbeten 38 from Perry and a typical big strike of 41 from Will Evans plus 20 for the skipper saw a relatively comfortable win as Cheshire chased down 124 to win by six wickets.

But it was difficult to keep the momentum going in the second game. Staffordshire's 120 seemed in range - Barnard 2-16, Anderson 2-19, Finan 2-21 and Jackson 2-26 - but the reponse faltered. A disappointing 90 saw Anderson top score with 21.