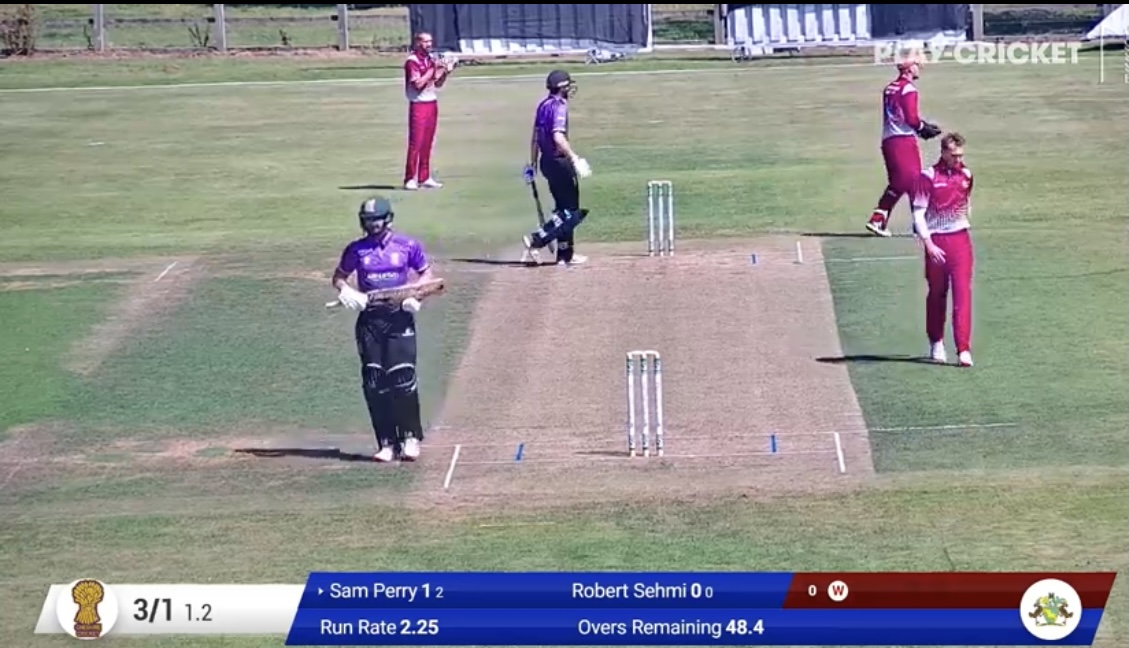 Cheshire bow out of Trophy with Cambs defeat

Cheshire exited the KO Trophy going down by 4 wickets at sun-drenched Exning Park near Newmarket.

Having set a below-par 247 with Sam Perry hitting 97, Cambridgeshire got home with six overs to spare.

It was an impressive performance from the Eastern hosts with Ben Seabrook leading the charge wth 123. And although not all plain sailing, they bossed much of the game with an impressive all round display.

With temperatures touching thirty degrees, Cheshire looked to make hay batting first but lost skipper Will Evans in only the second over.

Perry's impressive hot streak continued as he held the innings together with wickets falling around him. A crucial sixth wicket partnership of 40 with Dave Wainwright (16) steadied the ship before Perry succumbed three short of his hundred. Andy Jackson's fireworks then ensured Cheshire at least set a competitive total although the locals felt it was 30-40 under par.

With no let up in the temperature, Cheshire's tails were up with the pace of Mike Finan and Ben Gibson reducing their hosts to 11-2. Ben Seabrook though then began quietly accumulating as his side recovered to 64-3 and the game was well poised at 109-4.

But while Cambridgeshie had excelled in the field, Cheshire weren't at their best as Seabrook - recovering from offering two chances - upped the ante.

The confidence drained from the visitors although the canny Wainwright (2-51) was asking questions.

With a tired Seabrook departing for 123 at 196-5, Cheshire had brief hope before Lee Thomasson (51)* and Kieran Mackenzie (27) booked their side a semi-final date with Cumbria.

Not Cheshire's day against a well marshalled and atheletic side who adapted well to the conditions but Evans' side will take encouragement from some decent bowling spels - Finan and Gibson showed real pace at times - while individaul performaces from the inform Perry and Jackson bode well.

The campaign too has seen highs with quality wins over Northumberland and Shropshire.

Cheshire now return to three day Champinship action as they travel to take on Oxfordshire at Banbury (25,26,27 July).