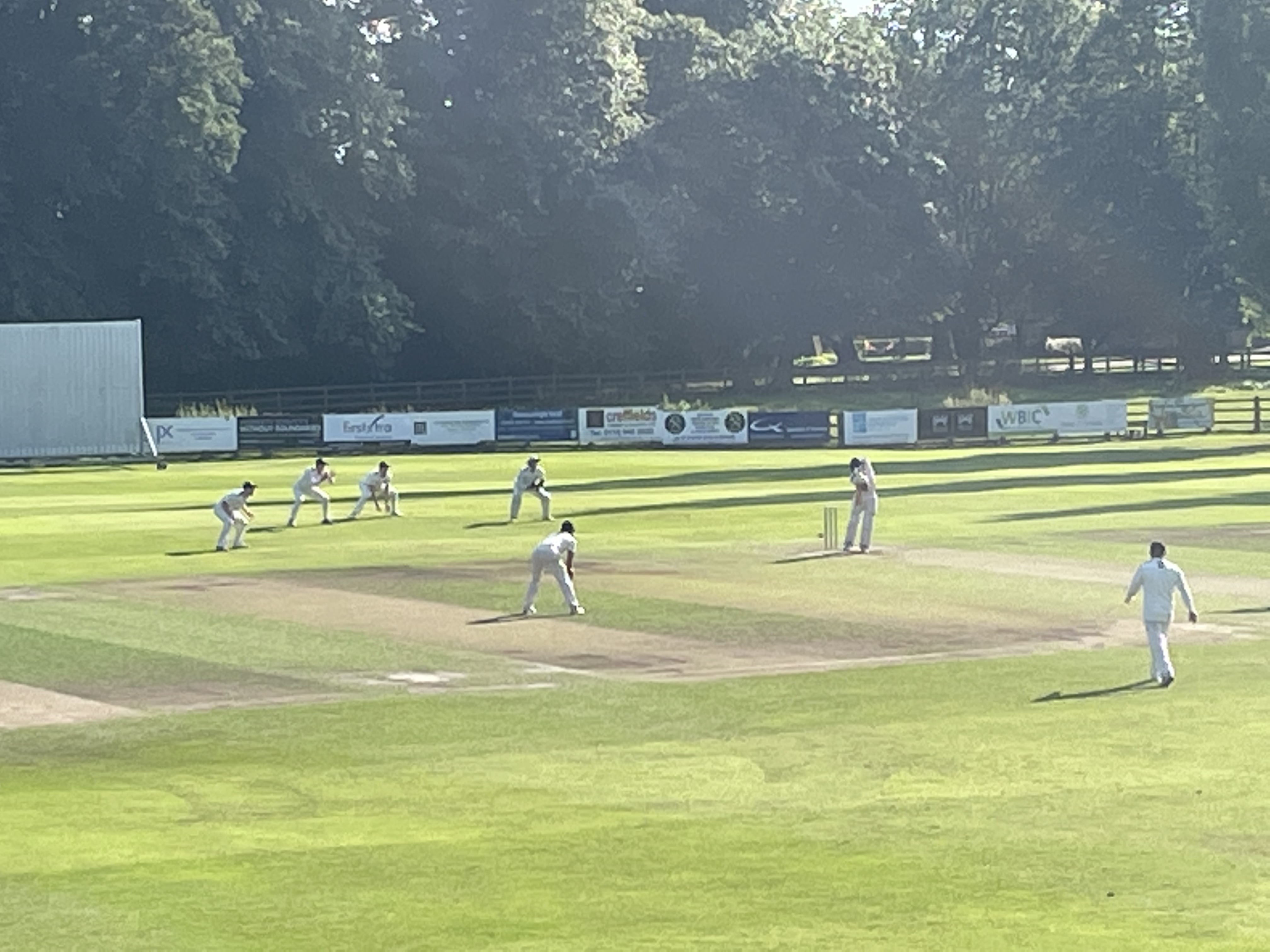 Ultimately Cheshire finished in third place in the NCCA Western Division table, twelve points behind Berkshire and 26 short of Oxfordshire who took the title.

A win at Berkshire in the final game could have given Cheshire the title if results had gone their way but with Oxfordshire defeating Dorset and the loss at Newbury, it wasn't to be.

This year's Championship is the first with two divisions in the East and West featuring promotion and relegation. With only four games to play - previously it was six - there is little room for error, particularly if the weather if unfavourable.

Each side can point towards key moments and in Cheshire's case they were restricted against Dorset at Oxton in their first match - although Dorset had the upper hand - and saw a probable victory over Wiltshire washed out at Alderley Edge.

Whatever the ifs and buts though, skipper Rob Sehmi and team manager Pete Babbage can look back at a satisfactory campaign.

"The highlight was clearly our big win at over Oxfordshire at Banbury," said Babbage. "After that game we were well placed but the defeat at Newbury highlighted what a strong side Berkshire are. It's no surprise that they've lost just once in the Championship in the last seven years (last week to Oxfordshire) and although they finished as runners-up this time round, they are clearly the best side."

The Berkshire spin trio of the retiring Chris Peploe along with Euan Woods and Luke Beavon were key for Berkshire in their humbling of Cheshire. Their relentless attack counted for all twenty wickets across Cheshire's innings on a challenging wicket that although got flatter by the fourth innings, tested most.

Cheshire were brushed aside for just 92 in their first innings before Woods made a mockery of conditions to hit a fine 122 not out in Berkshire's second innings. Cheshire were set an unlikely 351 to win but at least showed more application second time around, falling for 192 with Will Evans making 71. David Wainwright can reflect on a satisfactory game too with match figures of 6-73 and the debuting Mahaaz Ahmed took 4-76 in the second innings.

So one defeat in four from Cheshire and plenty to take into the winter.

"We've a rich depth of talented players," said Sehmi. It's been a good year in difficult times and the signs are good. Plenty to think about as we prepare for next year."

Oxfordshire will contest the four-day championship final with Eastern Champions, Suffolk who managed a sensational win over Staffordshire to leapfrog Norfolk at the top of the table, chasing down 390 to win by one wicket with one ball remaining.