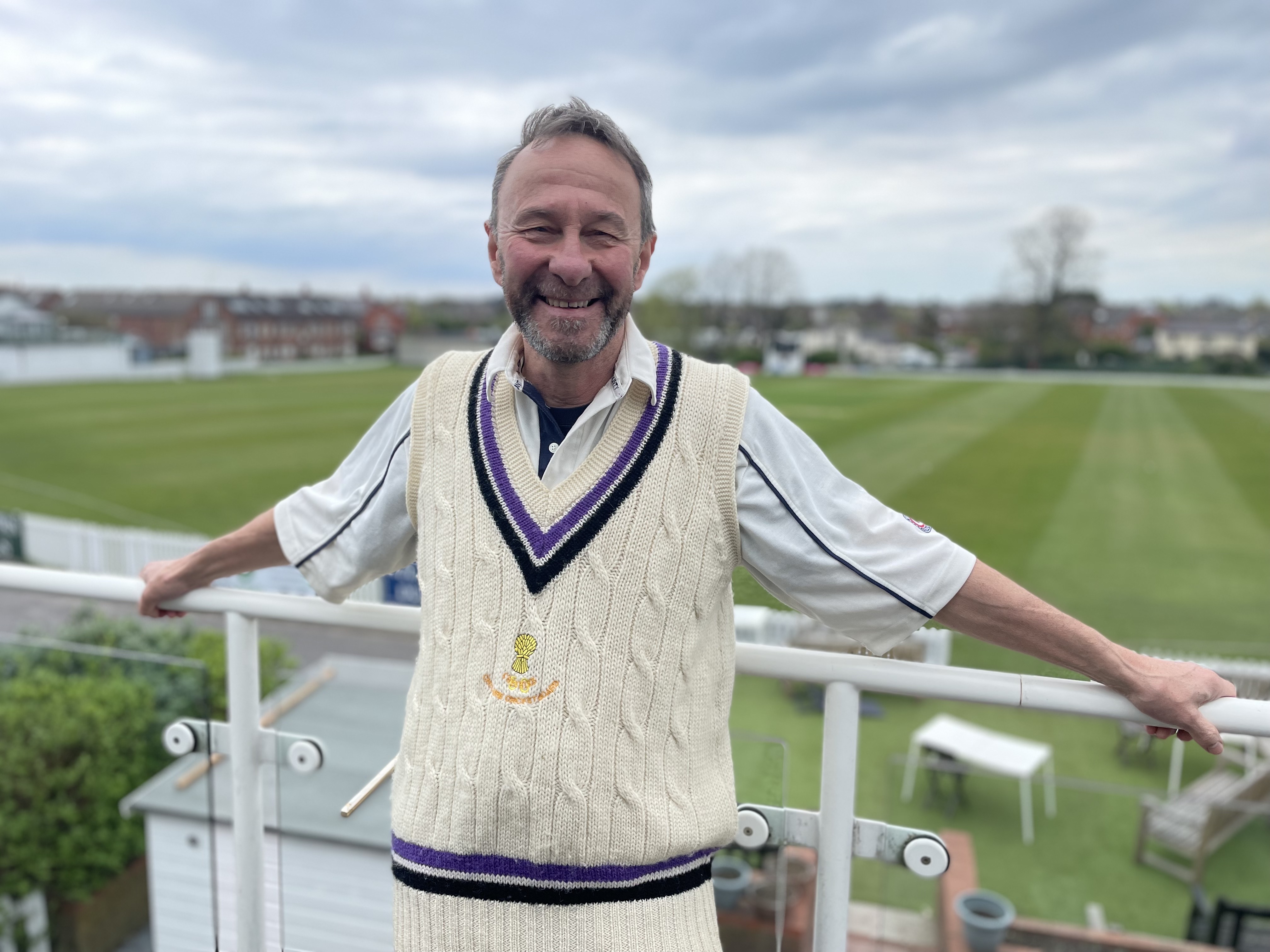 "Yes, it hurts!" Phil Thomas grimaces, smiles and prepares for the Over 60s

"Yes, it hurts:... Phil Thomas grimaces, smiles and prepares for the Over 60's season...

He doesn't look much different these days. Hasn't changed much at all in recent years.  Although he'll tell you differently of course. And he's got an honest outlook as he prepares to lead Cheshire Over 60's 1st XI in 2022.

"Yes it hurts," he says. "No point pretending it doesn't."

Born in Stockton ("quite a few years ago, and still travelling to watch his beloved Middlesborough FC"), Phil played his early cricket at Norton CC in the North Yorkshire and South Durham League.

College brought him south to Chester in the '80's where he linked up with Chester Boughton Hall. A further venture south saw spend time with Bedford Town - captain for a good while - and several minor county appearances for Bedfordshire CCC.

"I enjoyed playing at that level,"he said. "But I had no qualms about them replacing me with some chap called Wayne Larkins. He could play a bit."

And so could (can) Phil. A very particular left handed opening batsman, Phil knows his game inside out and the importance of keeping his wicket.

The Chester sweater was worn at 1st and 2nd XI level for many years and when he took on the role of Bar Manager at the club, he continued to play when he could. Many will recall him galloping off the pitch to leap behind the bar to serve thirsty colleagues and opponents and still in full cricket whites.

Senior cricket called and Phil fondly remembers captaining Cheshire Over 50's in a national final at Derby in 2009. He played for the '50s for seven years and following a couple of years off, re-emerged with the 60s, This year he'll take over the captaincy from Toft's Rob Ashley, and is under no illusions of the task his side faces against Lancashire, Yorkshire, Durham and Derbyshire who will likely all field ex-England stars.

"To be still playing the sport we all love at ths great age is a privilige . But it really is for the committed enthusiast (or the mad!).

"We all realise that we can't do what we could - but the spirit still burns and we can still 'do our best'. And we become aware that there is less time ahead of us, so we pay for as long as we can. There's still the same 'buzz'.

So it's a busy season for Phil who, like his senior colleague captains welcomes new blood from players reaching the milestone whether they've been in the area for years or moved here recently. You can contact him on 07842 190515 / phil.thomas1957boro@gmail.com

Nets have been encouraging but tough and the fixture list looms large. First off though, it's a friendly as Cheshire host Shropshire at Chester Boughton Hall on Tuesday 19 April (1.00pm).

And as Phil says, "The feeling will be just the same. But boy, it'll hurt!".